Are you struggling to scale your brand using FB & Google ads?

Forget the competition and dominate with videos that go viral

The only question is

are you ready for your brand to go viral?

Over 24 Million views in 5 weeks for our own brand 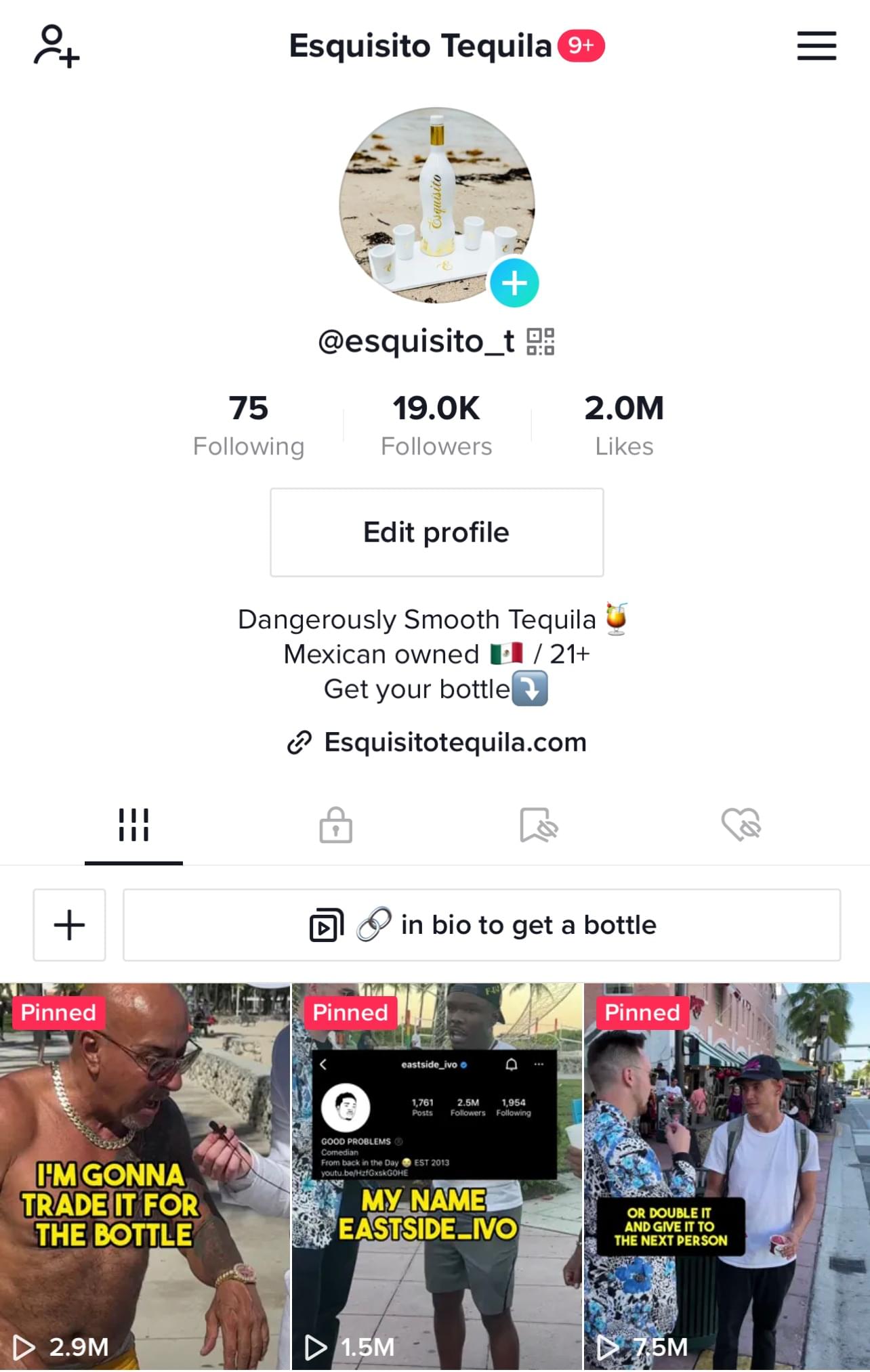 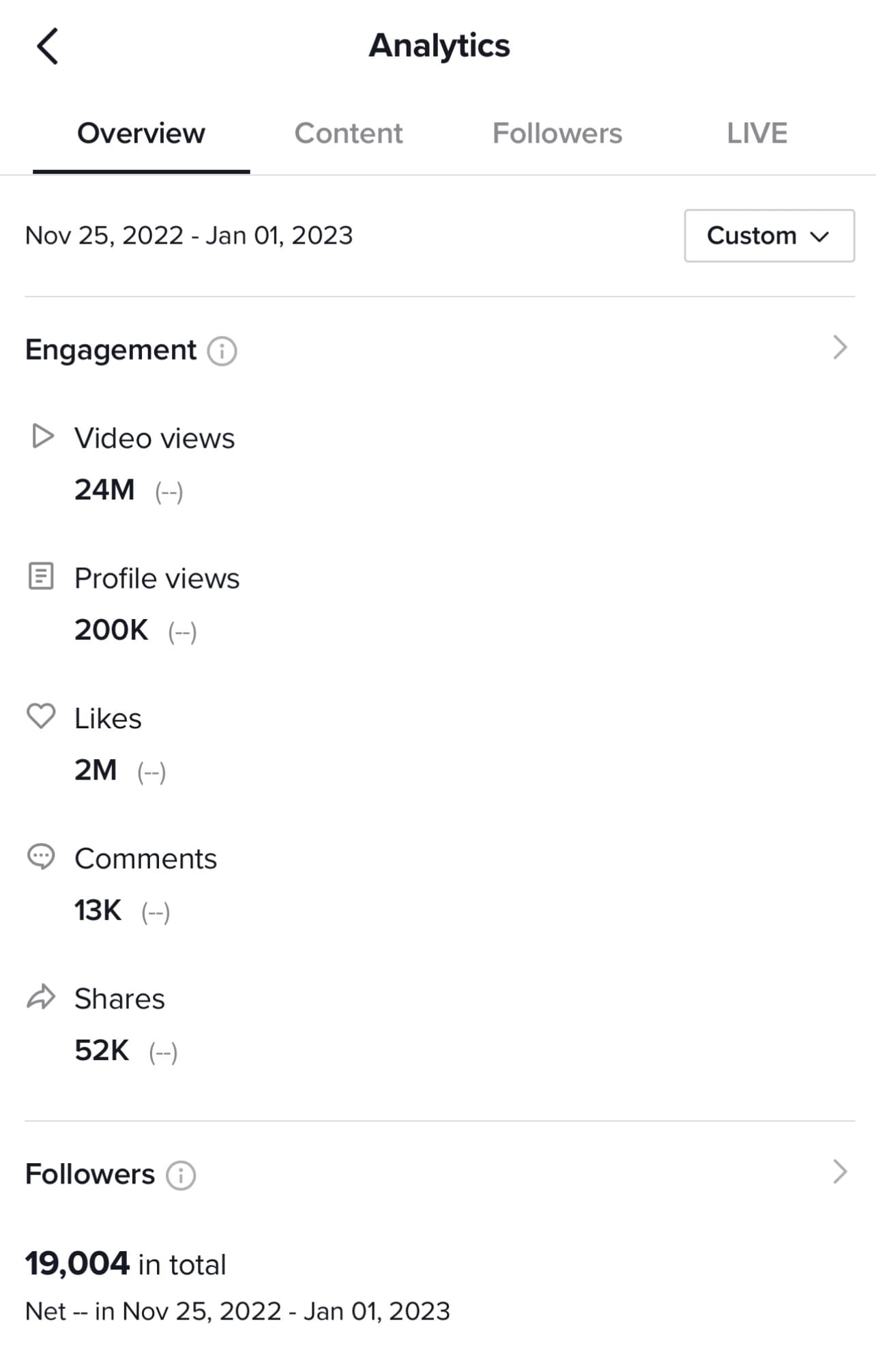 18K followers and
over 2 Millions likes

Click the button below if you're ready to blow up on Tik Tok ...
Ready to Scale using Tik Tok organic? Book a call 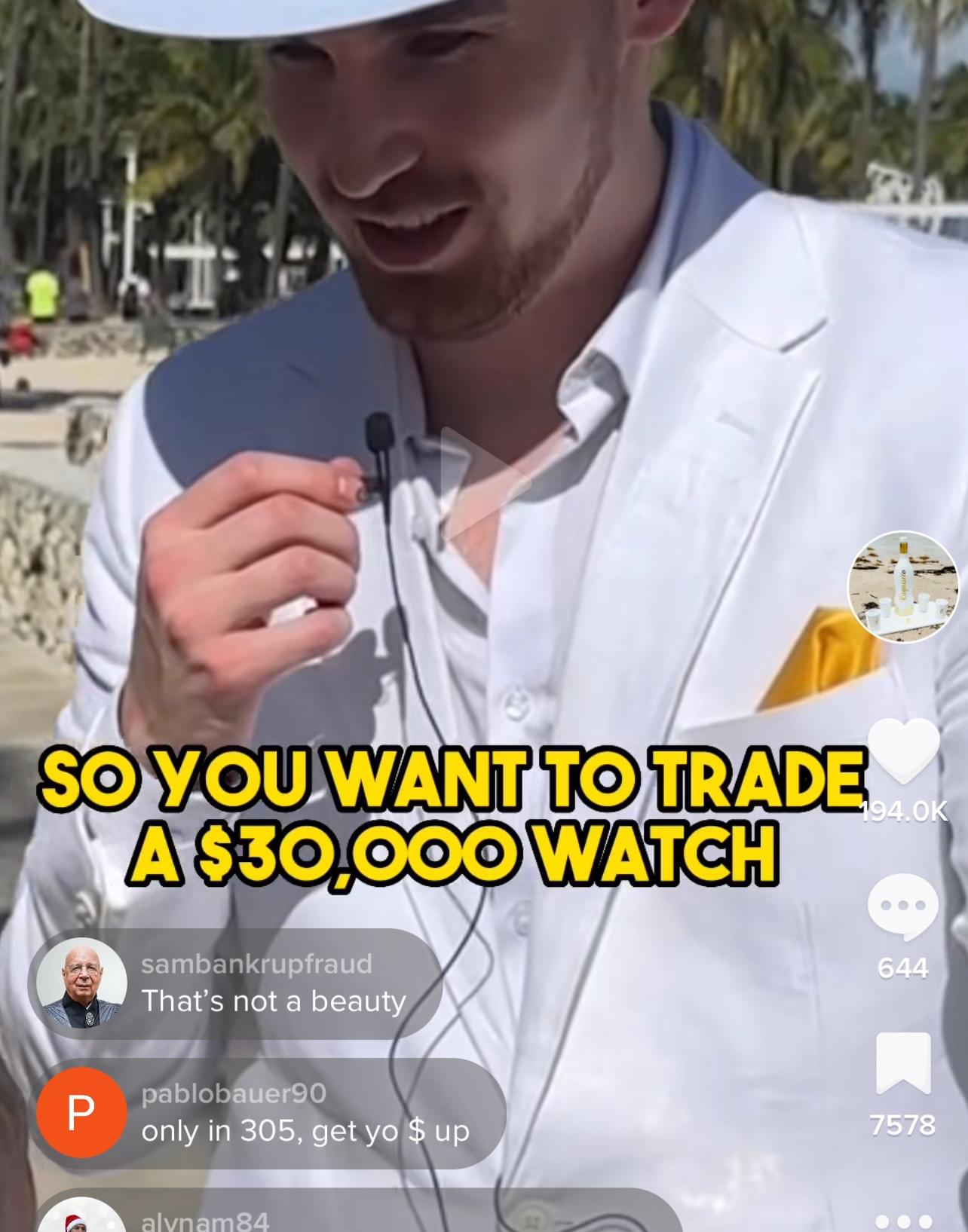 How we got over 24M views on Tik Tok

1- Get as much Attention as possible (pinned post 2.9M views)

We took a page out of Elon’s playbook and found an angle that generated a ton of buzz and controversy,

The best part, we were shooting videos asking people for their best tequila story and this guy walks up and says… I’ll trade my watch for the bottle

This was such a good angle because it compared our bottle to a super high-end brand, therefore setting the bar of our product being a premium and expensive product 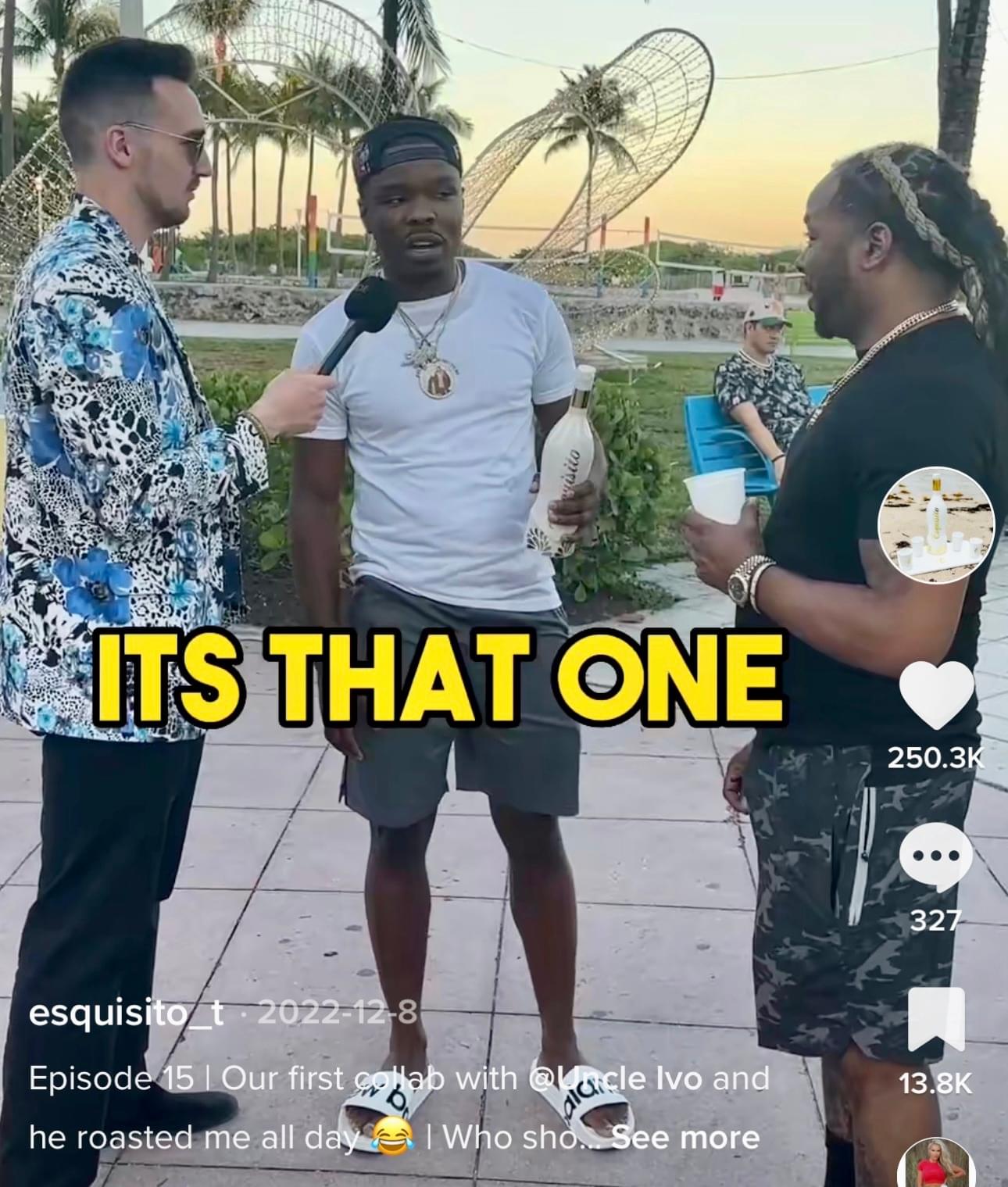 Nothing beats turning a big skeptic into your biggest fan

Ok so.. We were shooting on South Beach where it’s easier to run into an influencer than getting Elon to appoint a new Twitter CEO

And, we run into this Influencer, East Side Ivo, who has 2.5 million followers on IG & 1.4M on Tik Tok. His friend tells us his an influencer and we ask him for a skit, dude says… that will be $15k

Then the friend tries it and gives us a legendary one liner… DAMN, it’s the ONE and not the two

And just like that… we knew we had another banger

The video was funny, genuine, clearly not staged and this time…

no one had anything bad to say about the tequila in the comments, people really wanted to try it… HELL YES! 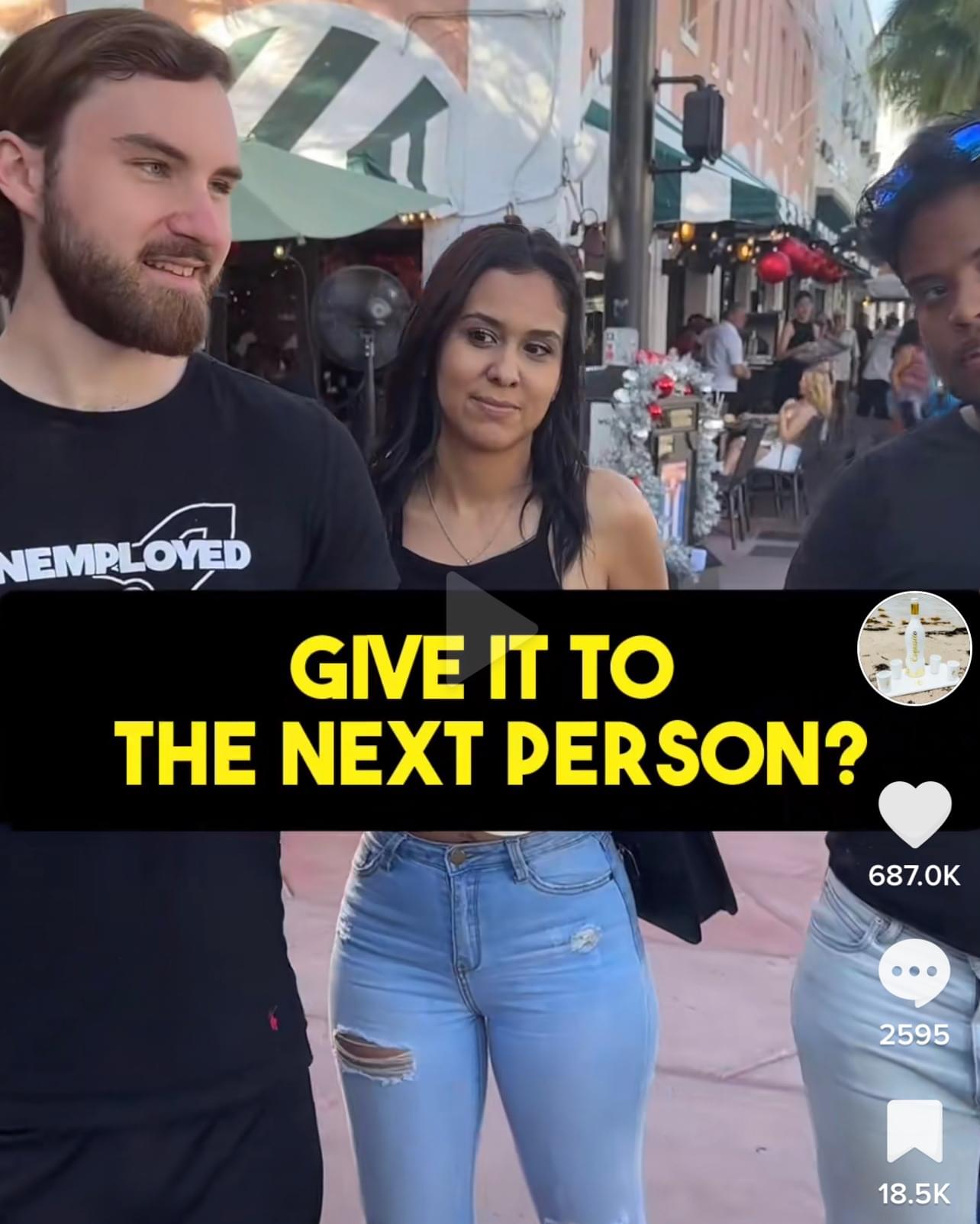 Tik Tok trends can be tricky, what works for some brands can be a huge fail for others

To be fair, we did try a few other Tik Tok trends that just did ok…

We know how to scale brands

For our first company, we scaled it from 0 to $34 million in 2.5 years. Our second company reached $6.5 million in the first year of sales. We focus on scaling while being profitable with great content, paid media and a very good influencer strategy.

If you are struggling with scaling your brand using FB and Instagram ads, you are not alone...

In fact 95% of e-commerce owners have this same problem

So what does work?
Interview Style Tik Toks

Elements of a viral Tik Tok

3- Treat Tik Tok organic like you are running facebook ads...
test multiple hooks, angles and copy then double down on what works

4- Where possible use controversy and/or comedy, ideally both


We've developed a process that allows us to generate consistent and sustainable results month over month...

This is what you’re getting when you work with us…

1. We shoot and edit the videos, we don't outsource this to someone else
2. We know exactly what works
3. We will post on your Tik Tok/ IG Reels and YT shorts
And guess what… if we can't hit at least 5 million views in the first 2 months, you will get a FULL refund!
This is how we much we believe in our process!
So, if you are looking for a performance-based e-commerce agency that backs their claims...
Then here is what you need to do:
1. Click on the link below
2. Apply to work with us and book a call
3. Get your Tik Tok Channel launched and watch your company literally just take off like a rocket
Click the button below if you're ready to blow up on Tik Tok...
Ready to Scale using Tik Tok organic? Book a call 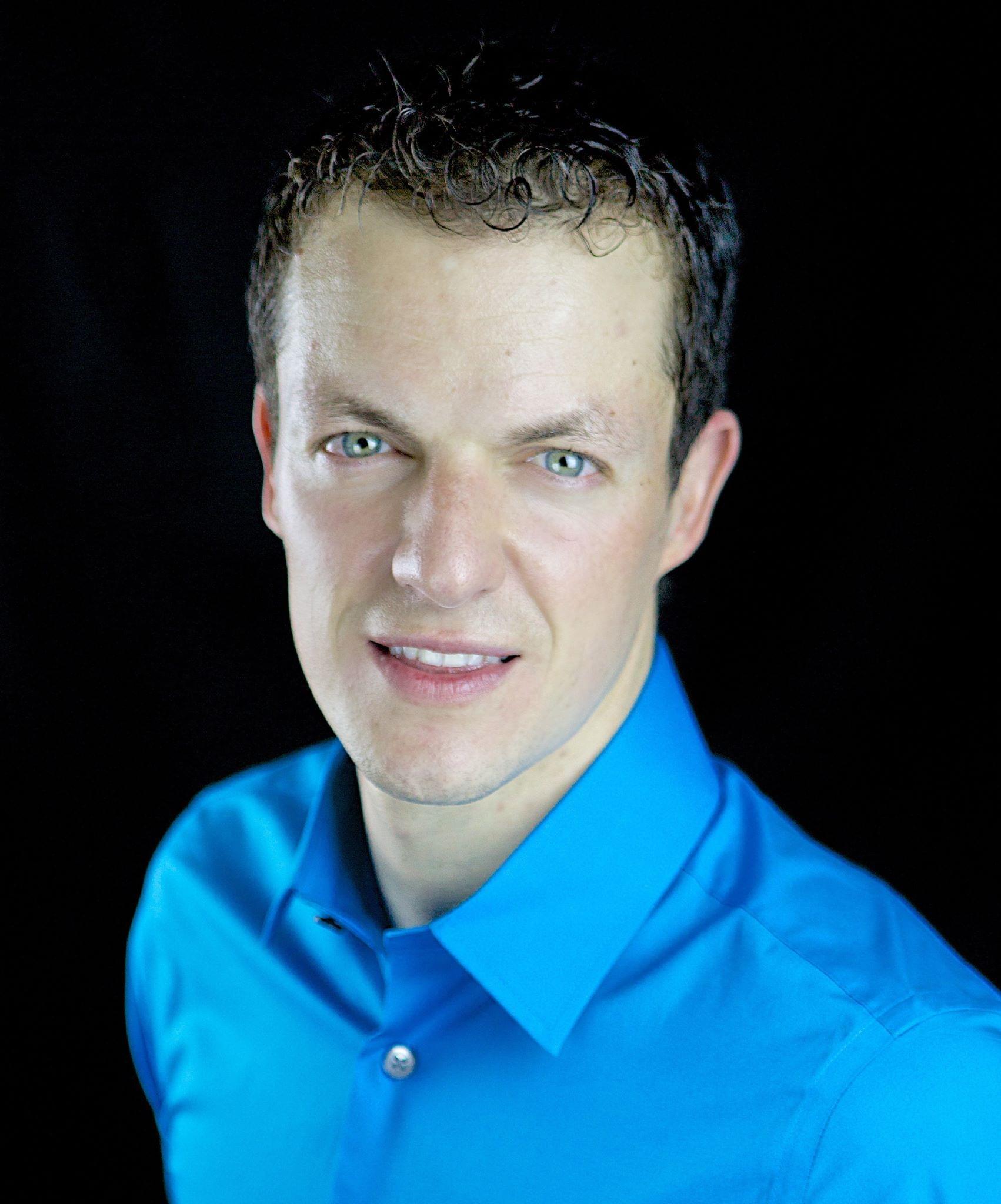 Co-Founder of Partner to Scale

Hi I'm Bernardo and I am a serial entrepreneur who built and sold 2 e-commerce companies in Beauty and Kitchen appliances. Currently building the biggest Tequila Brand using Tik Tok while working with very exclusive brands.
Click the button below if you're ready to blow up on Tik Tok...
Ready to Scale using Tik Tok organic? Book a call
Copyright 2020. All Rights Reserved Partner to Scale